Action Fleet figures changed a great deal from the inception to the final days of the Episode I line. The original figures had solid plastic body slabs (front and back), which held rubbery-plastic arms and legs. The lower portions of the body did not meet, so the legs could pop out. Starting with the Gold “SW” Logo boxes, the lower body joint did connect, which stiffened the figure and kept it from being “wobbly”. The late-production AF and EP1 figures featured an even sturdier build, with less rubbery legs and arms. Although, the legs and arms still featured a rubber-like plastic, but were more sturdy.

Another point about figures, nearly all AF figures had a number beveled into their feet for identification. Classic figures had a 2 or 3 digit number. Episode I figures had a 1 or 2 digit number, which was usually preceded by the letter “A”. Early OT figures and droids from Droids pack are excluded and have no marks at all. See the AF Figure List below.

Episode I figures featured hexagonal connection holes on the feet base. These connected to playset stubs and helped in recreating “action” scenes. 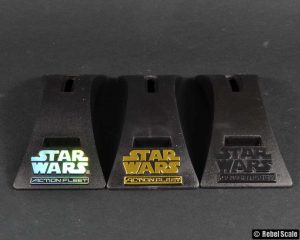 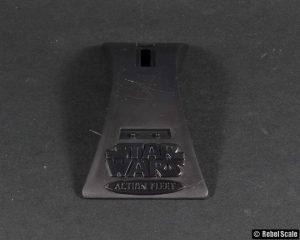 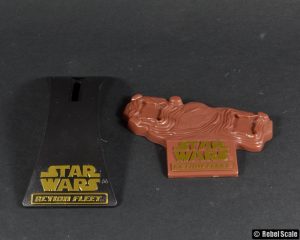 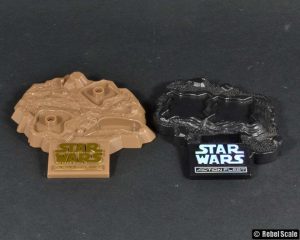 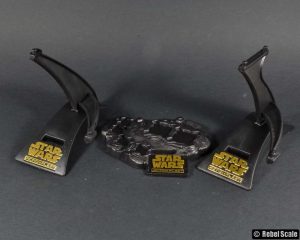 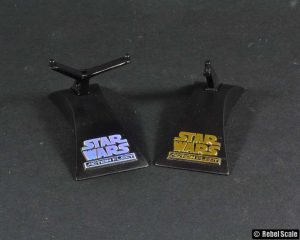 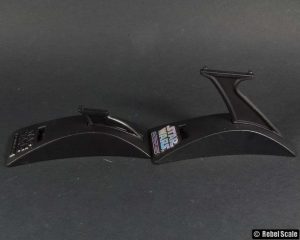 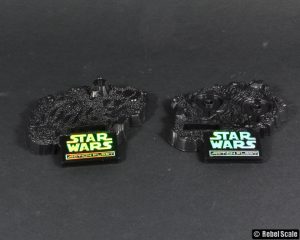 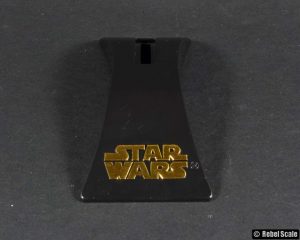 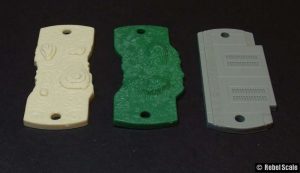 Episode I playsets and mini-scenes came with “base connectors” to connect the different sets.