An analysis from having too much time on my hands 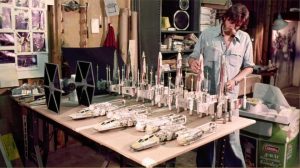 The TIE Fighter size is probably one of the most fluid in all of Star Wars. This is due to several issues including filming models that had relatively large pilots, while the full-size cockpits made the pilots seem much smaller. Moreover, the official dimensions have also changed over time, from 6.4 meters to 8.99 meters to the current Rogue One size of 7.24 meters.
Likewise, models and toys don't always get the dimensions correct either, sometimes having narrow wings and/or overly small cockpits. On top of all of this, the new TIEs seen in Rebels and The Force Awakens are different.
To the majority of people, this isn't a big deal. Yet, when building models, especially dioramas, it becomes important. Granted a 1/144 TIE is pretty similar to a 1/170 TIE, which is why the F-toys line can fudge the scale for their vehicles look similar. However, it's still worth looking into the various differences and trying to come up with a better way to determine the size. 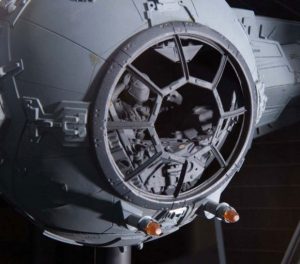 Now, the studio scale pilot of the TIE Fighters was a 1/24 figure, which led many to believe that these TIEs were 1/24 scale. However, I have several issues with this: 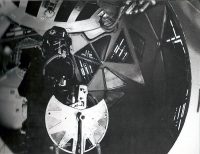 Cockpit eyeline (note how the canopy is rotated)

The canopy as a baseline 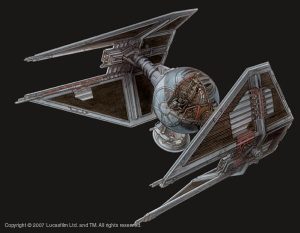 Yeah, that included a few assumptions on my part, but also consider this. The Empire was all about efficiency and similarity. Using the same canopy on all of their TIE models is akin to countries using the same tank chassis for different roles (often with drastic variations). Even the reference books suggest that the Interceptor used the same cockpit module as the standard TIE, which is why the laser cannon hardpoints are still there below the canopy. So, it's not a huge leap to believe that the Empire would cast one standard canopy to be used on all TIE variants. 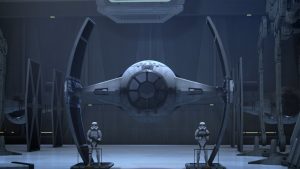 So, how big is the canopy? Looking at movie stills, the full-size cockpit sets, and the models, you can see that the canopy is roughly the same height as a human, perhaps a little smaller. I would estimate it to be around 1.6-1.7 meters. Concept art from Rebels showing a Stormtrooper inside a TIE suggests 1.6 meters for the canopy. 1.7 meters seems to match the official sizes best. 1.6 meters matches the Bandai kits the best. It's worth noting that a difference of .1 meters does very little to change the scales of vehicles.

From this, I estimated the following to be the rough sizes using the Bandai and F-toys models (not perfect I know). Now, I no longer use these for scale estimates, but I'll leave them here for those curious.

With the release of Rogue One, the Visual Guide lists the TIE Fighter at 7.24 meters, almost a perfect match of my estimates. Yay me and my geeky boredom.

Here are the latest sizes from the TIE Fighter Owner's Workshop Manual. These are probably the closest canon will get to being accurate. The only one I really have issue with is the TIE Interceptor, but it may very well be that small.

Exceptions to my “canopy” rule

While the canopy size of 1.6 meters works for nearly all TIEs (so far as I can tell), there are a few exceptions.