Republic and Rebel Alliance versions and their sizes

While the Y-wing itself doesn't have the size discrepancies of other fighters, it's still interesting to look at its evolution. Initially, the original Y-wing (BTL-A4) was a single-seat bomber left over from the Republic era. When Clone Wars aired, they created a new Republic Y-wing called the BTL-B. This version was longer, more armored, and featured a dedicated gunner.

The Rebels show attempted to bridge the two versions by depicting how dismantled Republic Y-wings could look like their Alliance cousins. After several modifications, the Republic Y-wings became the ones we are familiar with in the original trilogy. If I could guess the evolution, it would probably be along these lines: 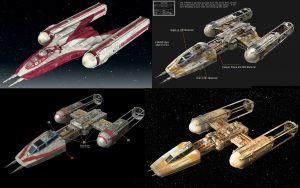 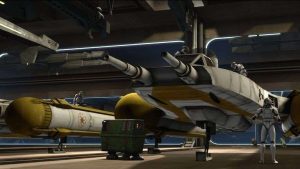 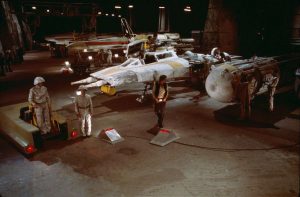 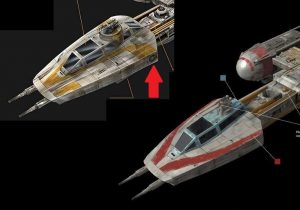 Shortening the rear of the cockpit

Now, the only real discrepancy with the Y-wing relates to the length of its laser cannons. Some models, including the full-scale versions, had large cannons that were almost as long as the canopy. We also see those cannons portrayed in the Rebels and Clone Wars shows, as well as in Rogue One. However in the original trilogy, we see most Y-wing with shorter, smaller cannons.

Of course this is all due to different models used for filming. But, I believe this can account for some size differences. Originally, sources listed Y-wings at 16 meters, but later changed that length to 16.24 meters. I wonder if the 16 meters versions only referred to the Y-wings with shorter cannons?

For those curious, the Fine Molds kit has the shorter cannons, while both Bandai kits sport the longer cannons. Moreover, at 16.24 meters, the Bandai kit would be 1/72 scale.

Modeler Magic has a nice rundown of the different Yavin Y-wings and comparisons of the 1/72 kits. 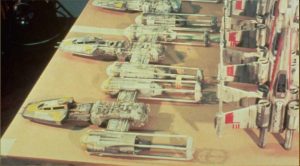