Apologies that it's been a while. Life often gets in the way. And in this case, I'm going to be welcoming my first kid pretty soon. So, I may or may not be taking a hiatus for a long time. I hope to keep working and keep updating from time to time. Recently, I have been adding a lot of entries to the Fantasy Flight Scale lists, and I've been checking over a lot of the older references.

However, I did purchase (well, pre-order 5 months ago), the TX-130 Saber Tank from the Fantasy Flight Legion line. I loved this hovertank since it's appearance in The Clone Wars video game in 2002. It was fast, powerful, and it looks damn cool. The new model from Legion is 1/48 scale roughly, and it actually comes on sprues. I've included some pics in case anyone is interested. I could definitely detail the kit, but it's a great kit nonetheless.

The Nebulon-B Frigate is done. I have a little over 30 pics in the gallery, so check it out the Frigate's page here.

Just finished the 2 other vehicles from Bandai's Rogue One set: the U-wing and TIE Striker, both in 1/144 scale. I think the U-wing came out great. I painted a lot of the panels differently and used a great decal set for the dark blue markings. Then I weathered the heck out of it. I probably could have gone further, but I was ready to be done.

Well, here's the unveiling. I was molding a hand...my hand, for use in a diorama. I wanted to make the fallen Jedi statue on Jedha, or at least the hand. I used a water hose attachment as the lightsaber, and molded everything in Play-Doh. Then I cast it in a type of plaster. I have more info on the official Jedha Statue page.

Anyway, I hope you guys enjoy. Any questions or feedback, don't hesitate to email or comment. 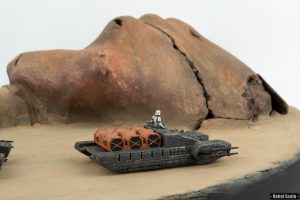 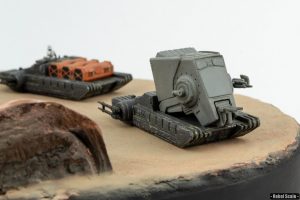 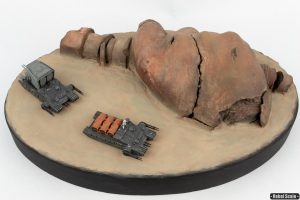 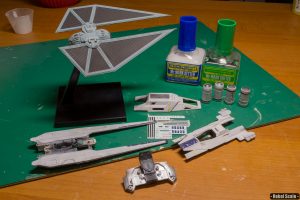 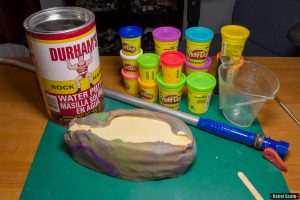